What we offer
Lending 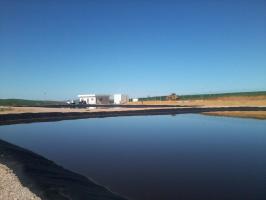 Morocco faces a lack of proper sanitation. Faced with a national wastewater treatment rate of only 13% in 2004, the government approved the National Sewerage programme the following year, with two major targets to be reached by 2020: the treatment of 60% of wastewater and to connect 80% of urban areas to a wastewater treatment system.

The programme targets 260 urban areas and 10 million people, with overall investment costs estimated at EUR 4 billion. The pilot project covered the construction, rehabilitation and/or extension of wastewater collection systems and treatment plants in 30 urban areas with a total population of 500 000, as well as pilot projects for other sewage treatment technologies and for spreading sewage sludge.It  also included specific sewerage tools such as hydro-cleansing tankers and security material.

ONEE (Office National de l’Electricité et de l’Eau), the national office in charge of sanitation, is responsible for the implementation of sewerage projects in centres where the sanitation service has been delegated to it.

AFD took the role as lead financier thanks to its long-standing presence in Morocco, its close relationship with ONEE and its strong involvement in the water and sewerage sector. The EIB provided a EUR 20 million loan and the European Commission contributed a EUR 10m grant via the Neighbourhood Investment Facility (NIF).

This programme is a good example of end to end donor coordination under the MRI. AFD coordinated the overall appraisal and provides an interface between ONEE, the contracting authority and the European donors. AFD is also responsible for validating the list of cities which will benefit from the programme according to specific criteria. It will also monitor the governmental support for ONEE to develop sanitation services in small cities across the country.