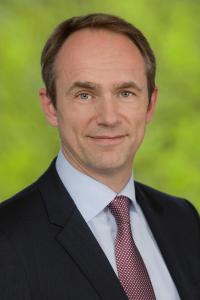 Since the start of his EIB career in 1999, he has held different professional and managerial positions in the front office, both inside and outside the European Union, as well as in EIB’s subsidiary, the European Investment Fund. He was also Advisor to the President (2002-2005) and Head of Personnel (2011-2013).

Prior to joining the Bank, he worked for 6 years as a management consultant for PriceWaterhouseCoopers and the Boston Consulting Group.